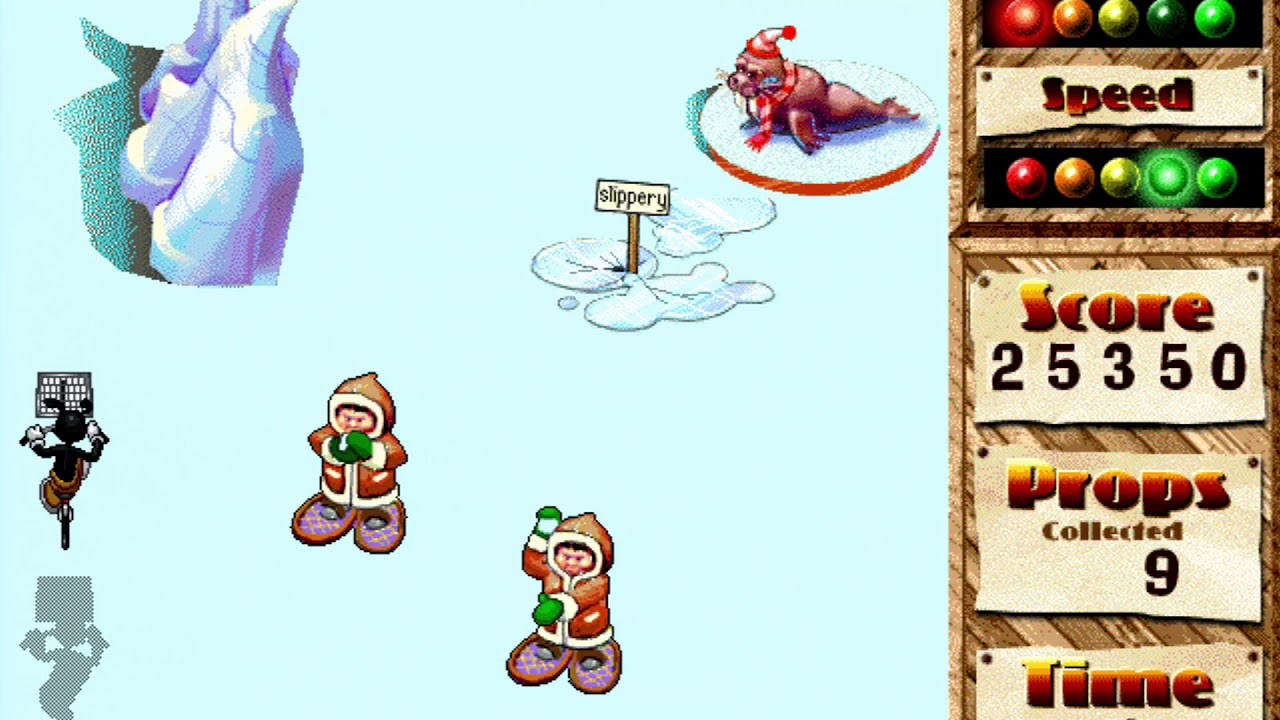 Citizens of Anvilania, I stand before you because if I was standing behind you, you couldn’t see me! A quirky little game based on the TV show of the same name. I’d say this fits right in with the typical “activity center” type games that were prevelant in the 90s, but to be honest, it...
READ MORE

Citizens of Anvilania, I stand before you because if I was standing behind you, you couldn’t see me!

A quirky little game based on the TV show of the same name. I’d say this fits right in with the typical “activity center” type games that were prevelant in the 90s, but to be honest, it kind of doesn’t. It’s more or less five arcade styled games that have a flavor of mid-90s edutainment in terms of visuals. It’s pretty dang good, at that. If I had seen the show as a kid, I can tell you I would have loved this game. It fits right in with the spirit of the show, including having the original cast reprise their roles, and the visuals are very lively and bouncy. The only thing that leaves something to be desired is the sound design, as it’s pretty repetitive and doesn’t always fit very well.

There are five games included in this pack, and I showed them all to their fullest at the best of my ability.

Prop Shop Drop: A 9-level auto scrolling game that I don’t have much to say about. Getting the props does nothing but increase your score so I tried play it safe rather than going for them all the time.

Tee Off Minigolf: A pretty standard minigolf game. I do think it holds your hand a little too much and it’s a little hard to judge how hard to hit the ball but overall I did alright.

Smoocher: This best resembles Mario Bros. (the arcade game), particularly with the TNT in place of the POW block. I made it through every level before things start repeating so I didn’t mind dying on level 9.

Baloney’s Balloon Pop: The only game in the collection to be directly based off a short from the show (“Baloney and Kids”). It’s your pretty basic Breakout clone. I probably played this longer than I really needed to, but I wanted to show off every feature the game has (that I’m aware of anyway), and that included the rubber bumpers which don’t appear until stage 11.

Belchinator Too: The most intricate and involved game in this collection, and honestly one that could have been sold as its own product had it been a bit longer. It appears to take some inspiration from Zombies Ate My Neighbors on the SNES. This is also a pretty difficult game beginning with the fifth level; you will notice I save pretty egregiously beginning with that area. I also edited out any clips where I got a Game Over so it appeared to be a “perfect” run, but believe me when I say it was far from it. In fact, if you want to see all the cases I got a Game Over, just check the high score screen at the end. I actually Game Overed so many times that I quit bothering putting my name on the list.

Hope you enjoy the walkthrough!